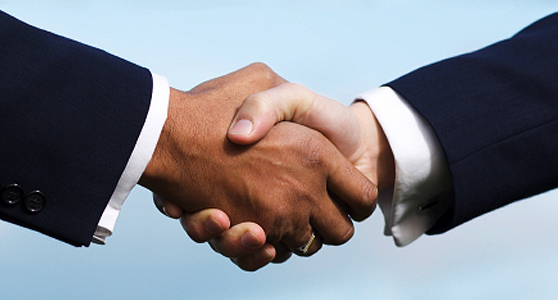 I’ve been trying for some time to get around to writing on my blog. I’d like to say my excuse for not getting around to it is because I’m nursing a hurt baby toe which I got by running over it with a shopping cart (twice!)…that’s two separate incidents in a month…not twice in a row! I’ve decided that I’m not going to be nice anymore (stop snickering Terry Combs) and pull my cart back to make room for the person in front of me who decides to stick their butt out into the aisle to capture that last minute gigantic Tootsie Roll on the rack. Nope, I’m going to stand firm and hide my toes. After two weeks I still can’t wear a shoe without it throbbing. So sad to miss out on the nightly treks to kill scorpions…I feel really, really bad about that.

Anyway, last week I was out and about and stopped in to a local store on business. I was greeted by a nice lady – attractive, middle-aged, casual – who was the owner. We shook hands and right away I knew that this was a person I wanted to do business with. Why? Because her firm handshake told me that she was up to the task, that she was a business person, that she knew what she was doing and that she was confident.

I discussed this with her and we both agreed that a handshake was really important in business and was an area where a lot of people don’t do so well. We lamented about the “femmy” handshake, the “limp-noodle” handshake and the “bone-crusher.”

I recall my first bone-crusher and it was so bad I’ve managed to avoid any others. Mr. Joe Cuzort was a sales manager for Screen Print Magazine way back around 1983-84 and in the beginning we greeted each other with a handshake. Well, one time he must have forgotten himself because he gave me such a hard handshake that my knees buckled (literally) and my fingers had huge indentations where he crushed my ring into them. I kept a solid appearance so he never knew the impact of that handshake. After that I immediately turned to the “hug” greeting with him.

Which brings me to a topic that could be boring but actually isn’t….I mean think about it – you are performing an act where you are actually touching another human being and often they are complete strangers! This is an intimate act if there ever was one.

So unless you are into choreographed handshakes that make you look real cool or perhaps you utilize the roman-warrior handgrip (one of my personal favorites) then you need to know how to do it right, and if not absolutely right, then at least pretty-darned-ok.

Women! If you are soliciting a job as a queen, helpless victim or laundry detergent tester then you keep right on giving that little featherweight “four-fingers” in the hand substitute of a handshake. You will get the job I promise you. But if you are in the business world then give a good, solid, full-hand, firm handshake – I think 2-4 short, controlled up-and-down pumps will do it. This applies to anyone’s hand you are shaking (except children, the elderly or perhaps someone with a physical challenge.)

If you don’t know about how firm it should be try this: put your hand up to your throat as though you are going to strangle yourself. When you’ve closed it hard enough to cause some discomfort that’s about the right amount of pressure. (I get a lot of chuckles picturing you all doing that.)

Men! Stop giving women the “femmy” handshake. When you give us that soft, half-hearted noodly thing it can make us think that: 1. You have no idea how to relate to women; 2. You might perceive women as inferior; 3. You think you might get to first base if you aren’t too pushy; 4. You aren’t very sure of yourself; 5. You are afraid of hurting us.

So, follow the same advice for women above. If you give us that “bone-crusher” then numbers 1, 2 and 4 apply and we’ll add a number 6. You enjoy hurting us.

So that’s the quick facts-of-life handshake talk – One that every parent should have had with you but didn’t. I’m sure there are many who won’t agree with this article and I bow to your right of differing opinion…….just don’t try to shake my hand when I see you. I will take that hug though.

A Day In The Life Of Screen Making

Just starting out? Come to a Printers Boot Camp!

Where are the customers?