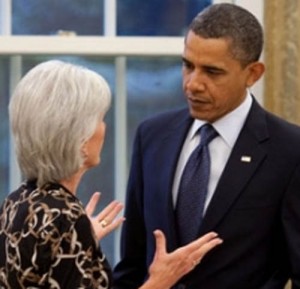 On November 9, President Obama signed what might be called the “Anti-Trinkets and Trash Bill” as part of a bill to cut government wasteful spending. Wow. Regardless of your political leanings, this one hits home at our industry. No one can argue that the governments wastes billions of dollars but when you single out promotional products including items like printed T-Shirts – that is like a stab to the heart.

Here is an excerpt from the WhiteHouse.gov website:
WASHINGTON, DC – This morning, President Obama will sign an Executive Order that will cut waste and promote more efficient spending across the federal government.  With this Order, the President is directing agencies to reduce spending on travel; limit the number of information technology devices (e.g. cell phones, smartphones, tablets, laptops) that can be issued to individual employees; stop unnecessarily printing documents that can be posted online; shrink the executive fleet of the federal government; and stop using taxpayer dollars to buy swag — the plaques, clothing, and other unnecessary promotional items that agencies purchase. Overall spending in the areas covered by the Executive Order will be reduced by 20 percent, saving billions.

Of course there was a huge outcry from the Advertising Specialty Institute.

Here is an excerpt:
We’re calling on everyone to reach out to their senators and congressmen – they need to hear from each of us, collectively and individually. I am sending a letter directly to President Obama. Below are talking points you might consider in a letter to the editor of your local paper and to your senator or your representative.